Founded in 1987 in Cholet (France), Octopus Robots (formerly named MCAI) is a leading company at an international level in the design, manufacture and marketing of mobile, autonomous, intelligent and modular robots devoted to specific tasks one would not expect to be performed by robots.
In 2015, thanks to its expertize in electronics, automative, artificial vision, Octopus Robots pioneered the development of a line of innovative robots including a line of “sanitary robots” intended to efficiently decontaminate extensive buildings such as livestock buildings, large food warehouses but also airports and shopping malls. Octopus Robots is also developing robots to monitor sensitive sites where protection is a top priority.

All its robots are equipped with advanced communication and navigation systems that facilitate optimal guidance and monitoring, as well as autonomous vehicles... A concentration of advanced technology for health, safety and productivity. 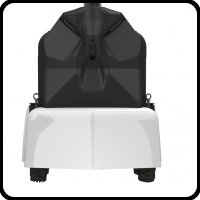 Octopus Basics is a versatile robot for a variety of uses, from heavy load transport to monitoring. It adapts according to your needs.
The size of the chassis and its weight allow us to ship a large volume of batteries allowing a range of monitoring mode of m ...

The Octopus Biosafety robot is designed to decontaminate equipment and buildings of large volumes such as warehouses and food factories, airports' terminals, shopping malls and other buildings receiving public.
It spreads on a large scale biocides in aerosol ... 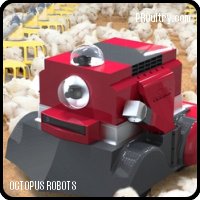 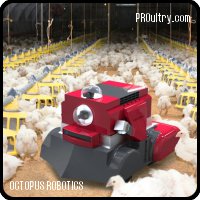